Required cookies are essential to let you move around the website and use its features, such as accessing secure areas, shopping baskets and online billing. These cookies allow our website to provide services at your request.

Functionality cookies are used to remember the choices you make, e.g. your user name, log in details and language preferences. They also remember any customisations you make to the website to give you enhanced, more personal features.

Targeting cookies collect information about your browsing habits to deliver adverts which are more relevant to you and your interests. They also measure the effectiveness of advertising campaigns.

Save Settings
Accept All

This site uses cookies and related technologies for site operation, analytics and third party advertising purposes as described in our Privacy and Data Processing Policy. You may choose to consent to our use of these technologies, or further manage your preferences. To opt-out of sharing with third parties information related to these technologies, select "Manage Settings" or submit a Do Not Sell My Personal Information request.

Facelifted to reveal a beast, the New Amarok cannot be tamed. Powered by a 3.0-litre V6 TDI engine, it leaps onto the scene as a typical a Volkswagen masterpiece with a little something extra: a little more bite.

It sprints between a standard 8-speed automatic transmission with a mighty engine that howls at 165kW with 550Nm of torque. Its over-boost capability increases output in a matter of seconds; a reinforcement that this creature is one of the fastest on the field.

Groomed with a modified bumper, grille design and faultless alloy wheels, the Amarok’s ferocious beauty is matched only by the wild splendour of its deluxe interior. Peek inside at the new dashboard and touchscreen infotainment system, while marvelling at a multitude of SUV-resembling features.

Hunt it down (if you dare) at Von Baum’s Volkswagen on the 20th of May.

Admire its speed and capture its beauty, but always remember that you can’t tame a Wolf! 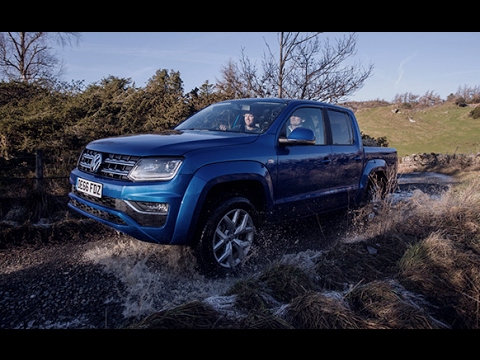